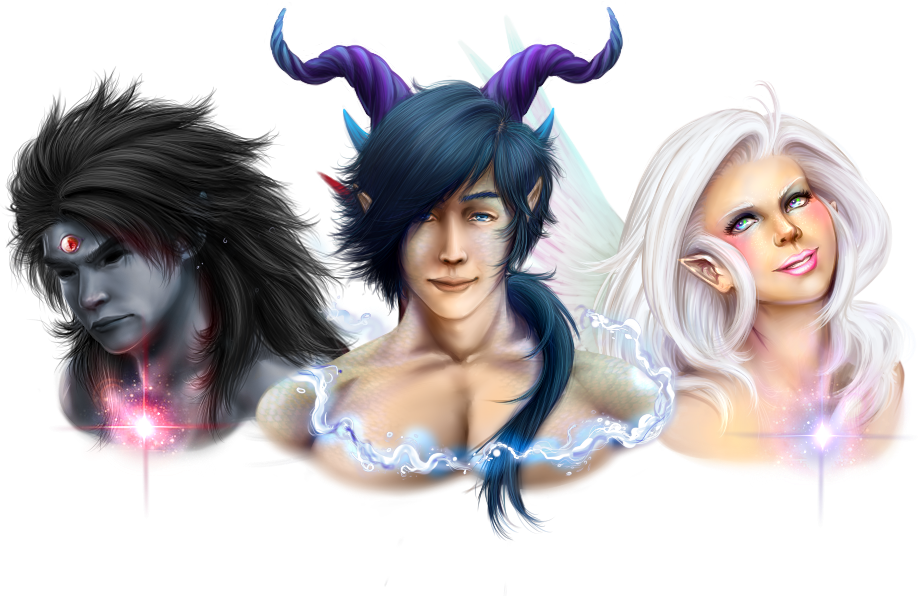 The raguati were the first race to populate the realm. Created by Soudana as weapons of war, they have become known for their cold exterior, harsh tone, and their careful and precise strategies. 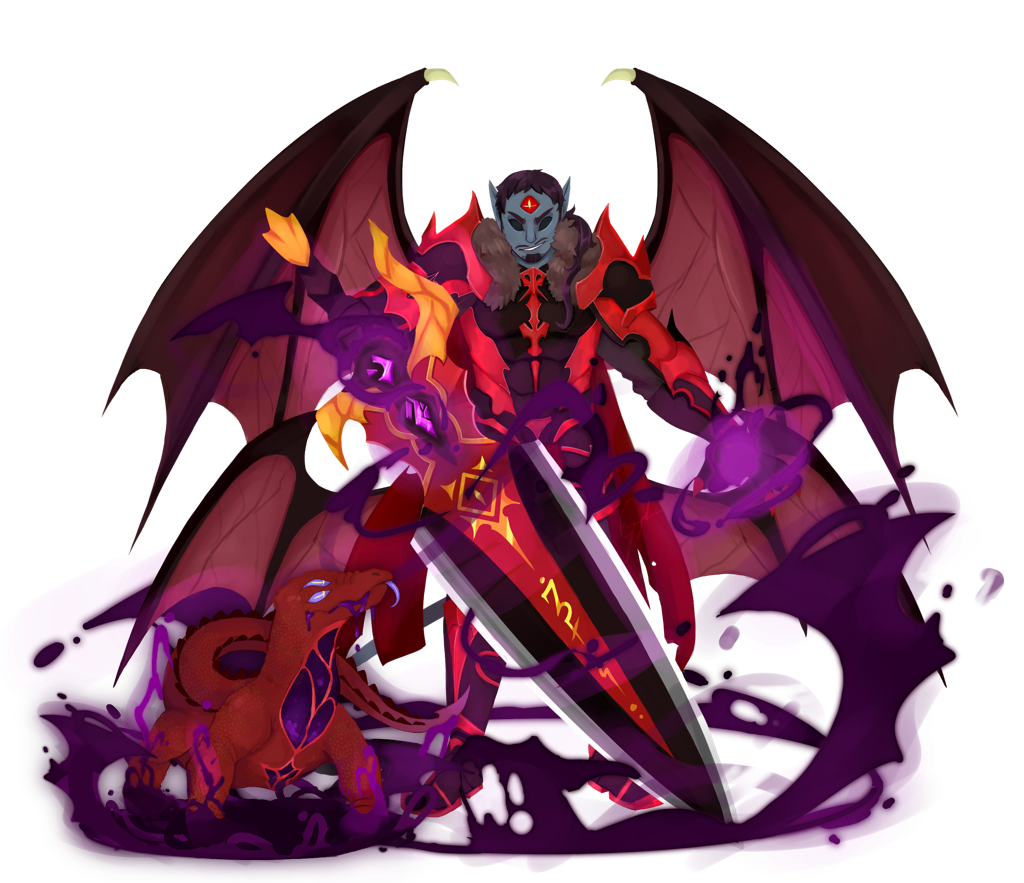 In raguati culture, life isn't sacred to the community. Their culture as a whole is very dark. Gothic would be the perfect way to put how the raguati tend to dress and how their architecture reflects their society. Raguati buildings and strongholds tend to show off a lot of old Gothic elements. Angry stone dragons line their walls and look down upon them as they walk the darkly paved streets of their city. Many pointed and sharp roofs are placed throughout the city, giving the whole atmosphere an ominous feeling.

In the beginning, it was said that Soudana decided that weapons of war weren't meant to have souls and because of this, the raguati race lacks a soul. Being soulless means something different to each raguati. Some believe that souls are granted to those who do good. Other’s believe that life is short and you should live it to your best potential knowing that eternity isn’t waiting. Even though they are a harsh race, everyone is raised with a different mind, and just because one doesn't have a soul doesn't mean that they don't have a heart.

Many of these people, due to their societal expectations, have a thirst for blood and power. Though, there are always exceptions to that rule. Not everyone is a bad person, even if war was all that was ever intended.

Created by Seren in retaliation for the creation of the raguati, the asarei have been given the command to purify Magesc from the raguati and this is what began the true war between the gods. The asarei are known for their wits, cunning and craftsmanship. They tend to be tinkerers and mechanics who create different robotic structures and things that require a bit of mechanic work to be appreciated. 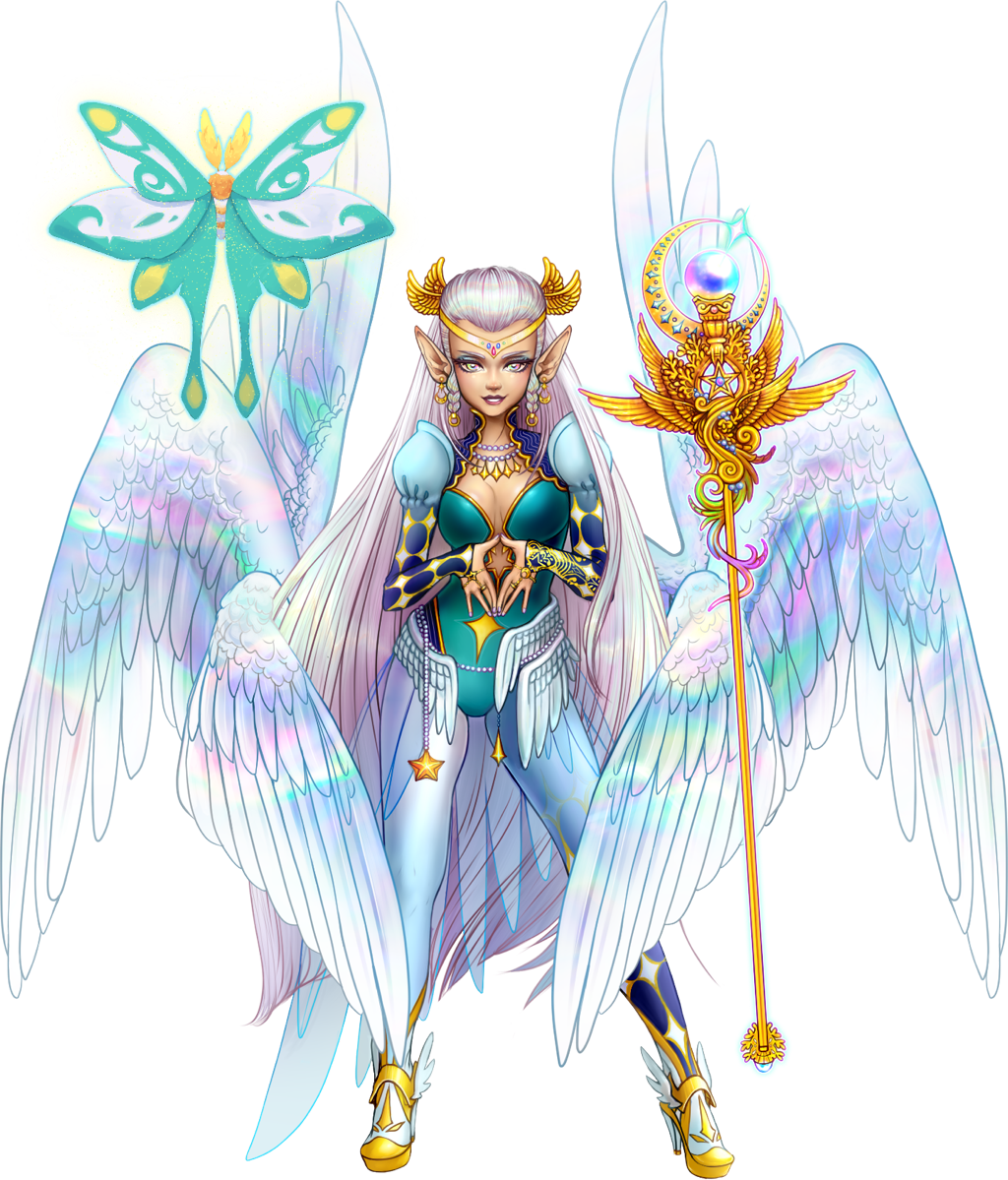 Whenever the asarei's culture comes into play, think steampunk. The asarei are heavily into mechanics and gears. They build their cities with many gizmos and gadgets all work together intricately to design beautiful architecture and brilliant clothing.

Asarei have a tendency to be kind, caring, compassionate, and loving. The "righteous" race as they consider themselves isn't always so just. They are just as likely to become evil or controlling as their counterpart, the raguati. They want the power to "purify" Magesc and will stop at nothing to obtain these goals. Oftentimes they will believe themselves to be more holy even though their mindset may be twisted to some degree.

Obviously, there are those who deter themselves from the norm and wish to be more ethereal in body and soul. They are simply thought of as "different" from the rest of the community.

The dovaa were created by Abronaxus to bring peace and prosperity to all of Magesc. Being created to be the "dominant" third party, the dovaa were meant to restore Magesc to its former glory, although they have now receded to the confines of the Celestial Realm allowing Magesc to run at it's own pace. They are definitely brought into the war frequently and most feel that Magesc does need to revert to its former self. 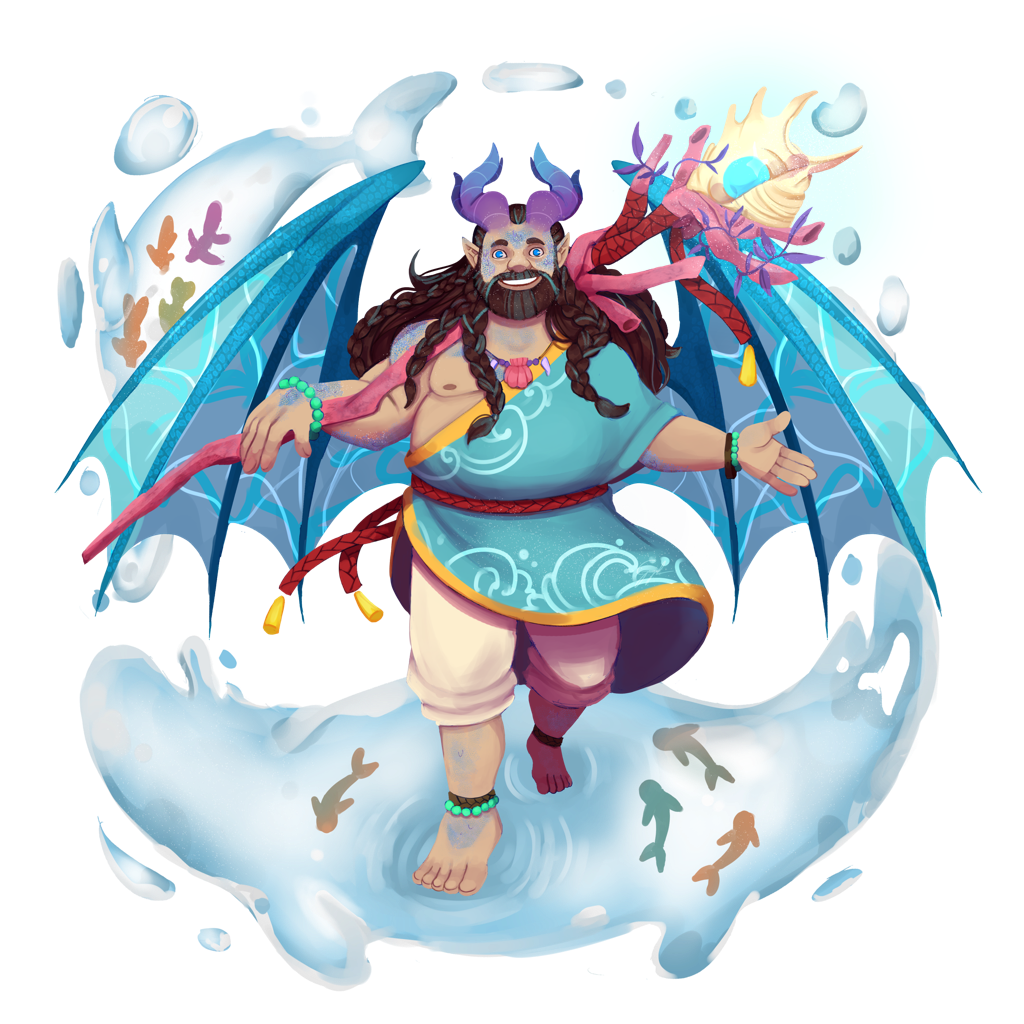 The dovaa as a whole are the most diverse race and their culture is much more medieval fantasy. The Celestial Realm adds many fantasy elements that the other races don't have. Brighter colors and strangely shaped buildings line the streets of their cities and towns. Their clothing is represented by a medieval yet somehow futuristic fantasy garb as is their culture.

Individual clans are an important part of a budding dovaa. Some dovaa are persuaded to join the clan of their parents choosing, whichever that might be. Though, the choice of the clan is up to the individual dovaa themselves, not their parents or teachers. When choosing a clan, the dovaa will be infused with the powers of that clan. In the end, the choice of clan is up to the individual him/herself. Some do not care and decide to take whatever outcome fate gives them by utilizing many types of dragon souls. While most dovaa find themselves equal to other dovaa from differing clans, you may always get those select few who think of themselves much higher and much more 'dominant' than the other clans. This is definitely not the case, and is wrongful thinking, but some dovaa have decided to dedicate their life to being the best. That's just their individual goal.

When the races were first created, the dovaa weren't on either side at all, but trying to befriend both the raguati and the asarei. Then, Drago Verrano made them choose, it was either his people, or the asarei. When Marcus decided not to take a side whatsoever, the dovaa were dragged into the Great Engagement as well as a third party. Now the tangled web of fighting has yet to cease, and the three races all fight for survival. 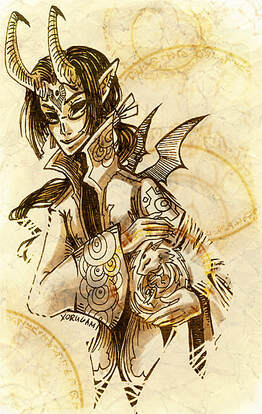 The hybrids, as they have come to be known as, are those who have parents of two or more different races. Most have been exiled and banished from their individual sanctuaries. Thus, they live among the dragons in the world. They are looked down upon when in a capital city, but are not kicked out by the guards unless they start a fight or cause some sort of trouble (with the exception of the Celestial Realm, where they are not permitted at all).

Many hybrids have become bitter towards the pure blood races, though some have acknowledged that their lives in Magesc are worth something. If they accomplish great things during their travels, many times, with proof, the leader will accept them back as a clan-mate. Though it is rare, it does happen.

Even though they are looked down upon, hybrids are actually stronger than most other races because they have the bond of multiple bloodlines. A dovaa/asarei combination could be an amazing healer using the powers of both light (asarei magic) and herb (ysali magic) causing immense healing, whereas a dovaa/raguati could be a deadly assassin, taking on the powers of shadow (raguati magic) and fire (dovaa magic), causing extra damage. Though the deadliest combination is that of an asarei/raguati. A hybrid of that caliber could lose control of their powers, temper, or whatever else and become a beast of the night or an angel of the light. It all depends on the combination and the type of personality the hybrid has. Some hybrids have special abilities that others cannot grasp or ever attain. It's a special thing to be a hybrid, though your powers are stronger, your life is a bit rougher in the process.

The appearance of a hybrid is also unique. Depending upon your race combination, you do get the appearance of both sides. An asarei/dovaa would most likely have both horns and feathered wings. A raguati/dovaa may be born with no eyes, yet have horns and finally an asarei/raguati could have no eyes and feathered wings. The colors would be determined by their parents as it all depends upon the genetics of the hybrid.